Have you ever felt like you went “out on a limb”?

I know what I think of when I use or hear that phrase, but I wanted to look it up to see what the dictionary said. Here goes…

–          Difficult, awkward or vulnerable position; take a risk or act boldly and uncompromisingly

Yep, that’s what I thought. 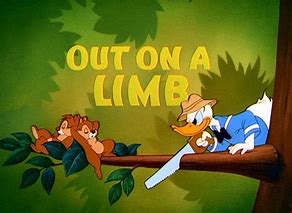 Recently I went “out on a limb” for God. We were having a house built and I felt very strongly that I should pray over the house but also write scriptures on the wall boards and floor as it was framed. So, I mentioned it to my husband and we both agreed that we should do that. I shared about it in a previous post that you can read by clicking here. We ended up with 29 scriptures throughout the house and I kept a listing of each one and where it was located. We felt good about that (pride?). We even got a few positive comments from people who were in and out during construction. However, I had not thought through the negative possibilities (at least they seem negative when they come at you). Look at the definition above one more time. It says boldly and uncompromisingly. No turning back. It/You are “out there” now.

While we had boldly identified ourselves with God and as followers of Jesus, we had no idea of the many times throughout this building process that we would be called upon to “walk the talk” or “walk the writings”. It seemed like if it could go wrong, it did. Don’t get me wrong, we love our new home but let’s just say that things did not go according to plan (or the plans as drawn up). Repeatedly we have had temptations to show either ourselves and our own inclinations (act ugly) or act Christ-like. I wish I could say that we always acted and reacted in a Christ-like manner, but I know we didn’t. Even if it was just among ourselves or our family members, we found ourselves frustrated and acting as such. I just hope our witness was not damaged and that God and Christ were somehow glorified in and through it all. We’re moved in but things still aren’t done so the challenges and temptations are still here. The good news is that we are very much aware of it. A lot of prayers have and are going up during this process and that’s always a good thing.

So, as a warning to myself and all of you, the next time you go ““out on a limb””, expect to be challenged. The good news is that if we stay on the limb, attached to THE VINE, we’ll get through it and hopefully grow through it. Jesus says it best in John 15 (see below).

John 15:1-5 “I am the true vine, and my Father is the gardener. He cuts off every branch in me that bears no fruit, while every branch that does bear fruit he prunes so that it will be even more fruitful. You are already clean because of the word I have spoken to you. Remain in me, and I will remain in you. No branch can bear fruit by itself; it must remain in the vine. Neither can you bear fruit unless you remain in me. I am the vine; you are the branches. If a man remains in me and I in him, he will bear much fruit; apart from me you can do nothing.”